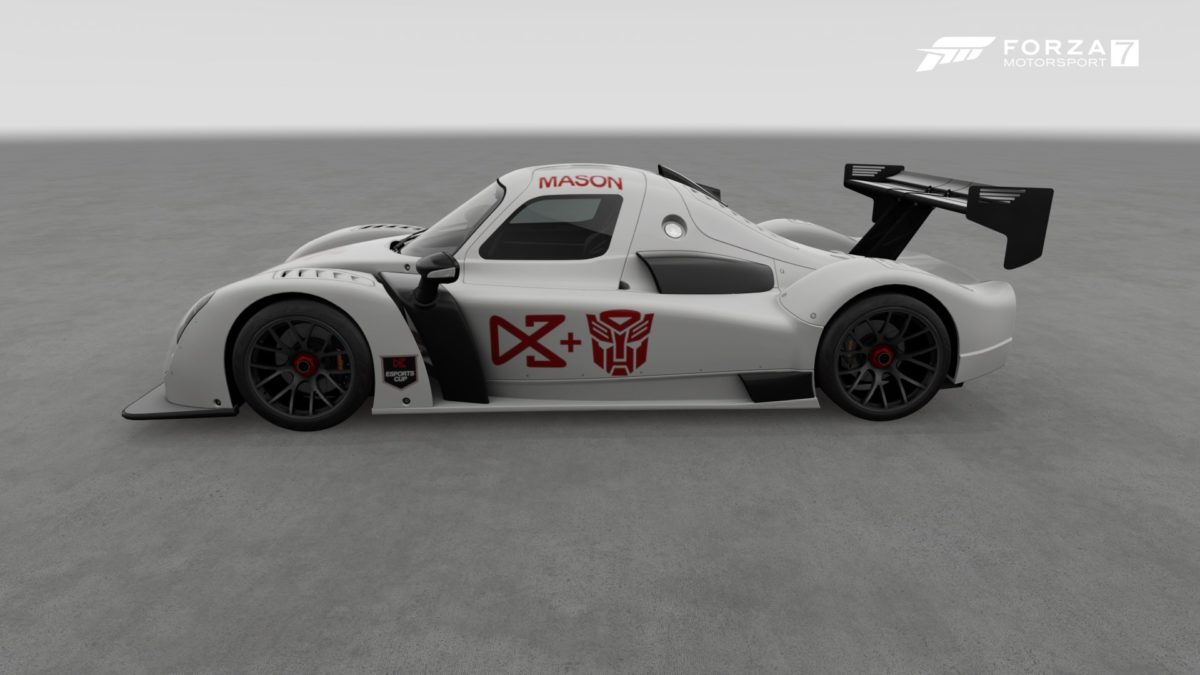 Houston, TEXAS, July 1, 2020…The Dawson Racing D3+Transformers race team entered two  cars in the three-race  Round 1 of the new D3eSports Cup virtual championship and came away with three  podiums finishes.

The D3eSports Cup, run on the Forza Motorsport 7 platform, launched its new five event series  on June 28, which will compete on consecutive Sundays through July 26. The first round featured the popular Road America circuit, where drivers competed for 15 laps around the 4.048-miles (6.515 km) virtual circuit.

Ben Whetstone, Dawson Racing’s Data Engineer and Sim Test Driver, managed to collect two victories, in Race 1 and Race 2, along with a second-place finish in Race 3. Dawson Racing’s lead driver of the Pro-Am D3+Transformer entry, Canadian Nelson Mason, grabbed the final victory, along with third place finishes in the first two rounds. Brandon Wang, driving the Zotac  entry, made an impressive debut to round off a podium finish in all three races; second, second and third place in that order.

Mason, an expected favorite, is a formula and sports car racer who has raced around the globe in a number of series and has been using the COVID-19 real racing pause to compete in numerous esports racing events.

“What an exciting launch of the D3eSports Cup championship,” said Simon Dawson, VP Marketing, Dawson Racing. “We came ready to race with four top Forza Motorsports 7 drivers to represent us in the D3+Transformers entries. Ben did a phenomenal job keeping his nose in there for all three races and nearly took a sweep. Our race/simulator Team Technician, Pablo Gonzales, was eager to demonstrate all his hard work of preparing and practicing for the first round but had a few sim problems that set him back.

In the Pro-Am D3+Transformers entry we place Nelson, who has driven in real racing for us, along with software engineer and Forza player Don Magnusson, who had a respectable finish representing Dawson Racing and the D3+Transformers car.”

“We are proud of the results of our D3+Transformers cars in the inaugural D3eSports Cup virtual esports race,” said Matthew Proulx, Vice President, Hasbro Consumer Products. “While the Dawson Racing team and others have had to pause on-track racing, Ian and Simon Dawson have taken the team to the esports world and produced a great result. It also further expands their racing platform into the STEM education space, which we see as one of the highlights of the D3eSports Cup.”

“We have three more races and the finale to keep our team and message at the forefront during this five-week tournament,” added Dawson. “Our guys made us proud right out of the box but we’ve got some strong competition coming on during this championship.”